Winners of the EPS Awards 2020

On behalf of the President and of the Executive of the European Peptide Society, it is my pleasure to officially announce the winners of the EPS Awards 2020:

Since 1999 he has headed the Department of Chemical Biology at the Max Planck Institute of Molecular Physiology and, concurrently, has also held the position of Full Professor of Biochemistry at the Technische Universität Dortmund. Since 2005 he has headed the Chemical Genomics Center of the Max Planck Society. Author of more than 500 peer-reviewed scientific publications, he has been awarded numerous academic distinctions, including the Otto Bayer Prize, the Emil-Fischer Medal of the German Chemical Society (GDCh), one of the highest distinction in Organic Chemistry in Germany, the Hans-Herloff-Inhoffen-Medal and the Max Bergmann Medal. In 2014, he received an Honorary Doctorate by Leiden University, NL, for his contributions to the field of Chemical Biology.

He is a member of several Editorial Boards of international journals and he is the European Editor-in-Chief for Bioorganic and Medicinal Chemistry. He also serves on various Advisory Boards including Max Planck Innovation GmbH (Chairman) and Boehringer Ingelheim Foundation. For more than 20 years Herbert Waldmann has been a scientific consultant and advisor to major pharmaceutical, agrochemical and chemical companies and biotechnology companies. 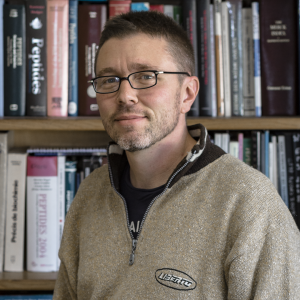 Gilles Subra was born in Narbonne, France, in 1971. He graduated from the “Ecole Nationale Supérieure de Chimie” in Montpellier, France. The same year he obtained his Master Degree (Chemistry/Biology Interface) at the University of Montpellier. He got his PhD under the supervision of Professor Jean Martinez in 1999, working in the field of combinatorial chemistry and peptide libraries. During his post-doctoral experience, he worked with Ipsen-Beaufour pharmaceutical company for the discovery of novel bioactive peptides through the design of peptide and peptidomimetic librairies, and he set up the combichem and automated synthesis facility within the School of Pharmacy of Montpellier in 2001. Gilles was appointed as an Associate professor in 2002 at the School of Pharmacy. He obtained his Habilitation in 2007. Besides pursuing his work on methodological developments in solid-phase synthesis of peptides and analogues, he started designing chemical tools to detect and quantify peptides in complex media by mass spectrometry. He proposed to use covalent labelling with a MALDI-MS enhancer and elemental quantification by ICP-MS. These methodologies allowed performing ligand/receptor binding assays, and cell penetration measurements. On-going researches concern their use in the field of activity-based probes that can be imaged by MALDI-MS.

Being appointed full professor in 2011, he started a new topic at the “Institut des Biomolécules Max Mousseron (IBMM)”, dedicated to the design of peptide-based materials and polymers. His group recently described and developed a whole range of bioorganic-inorganic hybrid materials obtained by inorganic sol-gel polymerization, in a bio-orthogonal fashion. Several novel biomaterials were studied, including peptide silicone polymers, multifunctional nanoparticles for imaging and cancer therapy, cell-adhesive and antibacterial hydrogels, membranes and bioactive dressings, as well as collagen mimetic matrices for tissue engineering. On-going research efforts are also focused on the control of the structure of bio-hybrid materials at the nanoscale using the self-assembly properties of hybrid peptides, the development of oligosaccharides/peptide-based hydrogels as cell-containing bioinks for 3D bio printing of scaffolds for tissue engineering. Gilles leads and participates in several national and international research programs dealing with biologically active peptides, especially for the design of biosensors and smart materials for regenerative medicine. 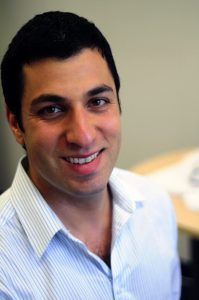 Ali was appointed Lecturer in Chemical Biology at the University of Southampton in 2006, promoted to Reader in 2011, and promoted to Professor of Chemical Biology in 2015. Ali’s research interests are in the chemical biology of cyclic peptides, with a focus on developing methods and platforms for the intracellular generation of cyclic peptide libraries, and combining them with cell-based screens for the high-throughput identification of protein-protein interaction inhibitors. This approach has led to several first in class molecules, a number of which are currently being developed towards the clinic. Ali’s other research interests are related to nucleic acids, and cell biology, particularly cellular hypoxia-response.

Ali is also founder and CSO of Curve Therapeutics, and the president elect of the Royal Society of Chemistry’s “Chemistry and Biology Interface Division” (2020-2023). Ali has previously served as the Chair of the RSC’s Chemical Biology and Bioorganic Group (2012-2015). Ali has won a number of awards during his career, including the EuChemS silver medal for European Young Chemist (in 2008) and the RSC’s Protein and Peptide Science Award (in 2017).

Kathrin Lang studied Chemistry at the University of Innsbruck/Austria where she obtained a PhD in Chemistry in 2008. After postdoctoral research in the group of Venki Ramakrishnan on ribosome crystallography and in the lab of Jason Chin on synthetic biology at the MRC-LMB in Cambridge, UK, she was appointed in 2014 as a Rudolf Mössbauer Tenure Track Professor at the Technical University of Munich, where she was recently tenured and promoted to Associate Professor for Synthetic Biochemistry. Her general research interests lie in the interdisciplinary area between Chemistry and Biology, applying concepts from Organic Chemistry to develop new tools to study and control biological systems. The KLang lab for Synthetic Biochemistry is especially active in enabling and advancing approaches to expand the genetic code and in developing new in in vivo chemistries, a combination that is ideally suited to address unmet challenges in studying and manipulating biological processes with a new level of spatial, temporal and molecular precision.